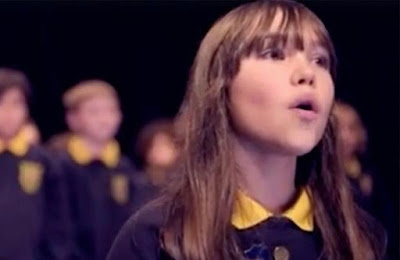 Nobody ever said autistic girls cannot become music stars. Wish we had posted this in time for Christmas, but the story is worthy of a post holiday plug.

A 10 year old autistic girl named Kaylee Rogers sang lead vocals to Leonard Cohen's song titled Hallelujah, backed up by the a school choir of other kids from the special needs school they all attend with each other in Northern Ireland called Killard House. Billy McAuley filmed the event and posted it to his Facebook page and it went viral, and still is. Enjoy!

This post was originally created on January 8, 2017, with subsequent edits and updates by The Indies Network at TheIndiesNetworkCom, Facebook.Com/TheIndiesNetwork and https://www.twitter.Com/indies