It is rare for this network to plug or endorse any crowdfunding campaigns, but the network of music websites that The Indies belongs to has a favorite recording artist of substance named Nneka. Her music is deep and so are the things she does. She is focused on important issues, and those issues that matter to her are woven into her songs.

Today, we proudly share this plug she made for a filmmaker named Ukachi Arinzeh who is raising funds to finish a film about homeless kids who very unfortunately turn to sex for survival. The film is titled "Survival Sex". True to Nneka's persistent activist spirit, she wrote the following to her friends on Facebook:


Please help support the making of this film, Survival Sex. Working towards changing the problem of homeless teenagers on the streets of Nigeria, Africa and the world. #theropefoundation #survivalsex

Please help to donate in any way you can. We appreciate it.

Just below is a short video of Ukachi Arinzeh describing his film making a direct pitch to potential sponsors on GoFundMe.Com where he hopes to raise $25,000 to complete this worthwhile film making project. Learn more, donate or see how much has been raised so far at Ukachi's GoFund Me page. The fundraising campaign lasts until February 28th. Proceeds will pay for principle photography in March in time to make film festival submission deadlines starting in May.


This goes out to you people in the streets
Know it is not easy to survive in this world
Where there is no love, where there is no heart
The things we say, we are, we can never be

You find yourself wandering why
Youre sitting in the darkness
Cant find the light in this world
And as we grow old we might understand the truth
The fear of knowing it all
See places where well be,
We never thought we would see

This goes out to you people in the streets
Know it is not easy to survive in this world
Where there is no love, where there is no heart
The things we say, we are, we can never be

You will see we want the things we never have
Continuously dreaming, yeah
I know as long as we believe, we can get outta this
Together well achieve
And sometimes they wanna see your down fall
Think of their own profits and make you misuse
Your fellow brothers and sisters, your family, your friends
We just dont know what to do

This goes out to you people in the streets
Know it is not easy to survive in this world
Where there is no love, where there is no heart
The things we say, we are, we can never be

For nearly 60 years in Nigeria,
People have been suffering from gas flaring, and pollution
Because of big oil extraction companies such as Shell, Chevron, NNPC.
The Niger Delta, the Warri and the Ogoni people have pleading for a change
They have been fighting fot justice,
But the companies, Europe and Nigerian government do not seem to care,
Do not seem to be bothered, they cant be bothered. 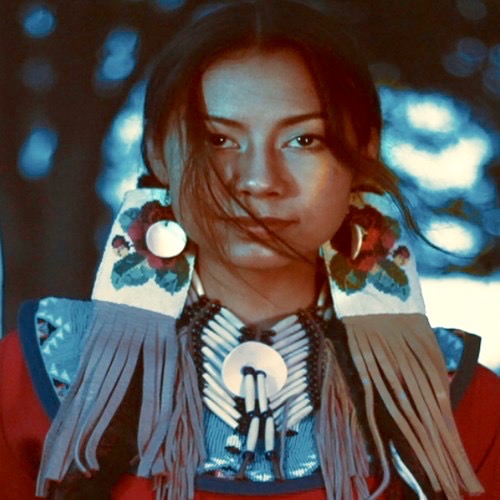 We got lucky and learned about Kayla Briët, a very inspired 19 year old story teller, historian, film maker and composer/arranger/musician when she was featured on the cover of the LA Weekly, in Los Angeles, California.She was part of a feature story by writer Dina Gilio-Whitaker that was titled "NATIVE ANGELENOS - L.A.'S INDIGENOUS CULTURES WERE ALMOST ERASED - NOW THEY'RE FIGHTING TO BE SEEN"

It led us to a short 13 minute cinematic piece Kayla directed, edited and scored original music to. The film is titled Smoke That Travels. It features her father, Gary Wiskigeamatyuk.

Her YouTube page said the following about the film:


"Smoke That Travels" is a personal documentary by Kayla Briët that explores preservation and loss of culture and her own identity as Prairie Band Potawatomi.

What happens when a story is forgotten?

What a long journey it's been. This film was originally intended to be a small time capsule of my thoughts, feelings, and fears of stories being lost in time. It’s a piece dedicated to my little (currently 3 year old) brother, Senachwine, and a reminder for myself to look back on in the future. I started this last summer at 18, and little did I know that this film would take me on a journey and bring me closer to so many people around the world. Over 30 festivals and screenings from the Americas and Europe to Africa and Australia. I feel so lucky being able to meet new artists, family, and friends and experience treasured moments, big and small — it feels like a dream. Releasing this out into the world is a moment I will never forget, so here goes. Thank you so much to all who have supported this film so far.

We really hope you are inspired by Kayla Briët's work as a director/documentarian. As mentioned above, she wrote and performed the music for this film too. She has a musical body of work that is growing and we will be featuring more of that in future posts on this network. 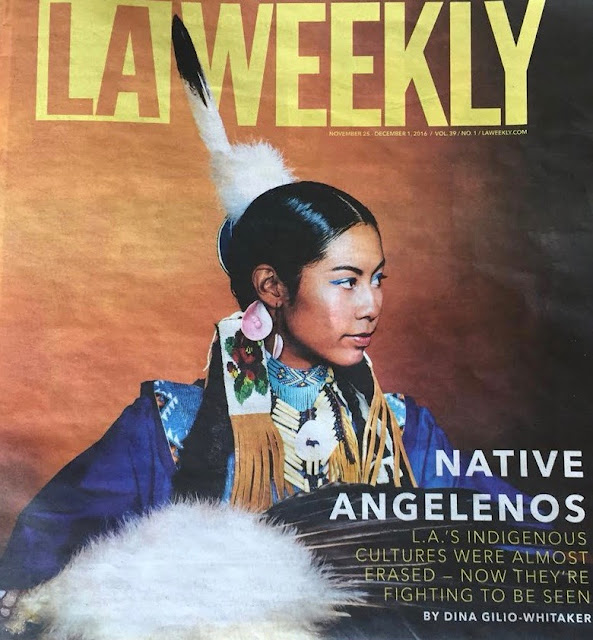 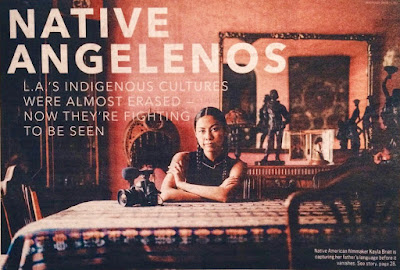 This post was originally created on February 2, 2017, with subsequent edits and updates by The Indies Network at TheIndiesNetworkCom, Facebook.Com/TheIndiesNetwork and https://www.twitter.Com/indies