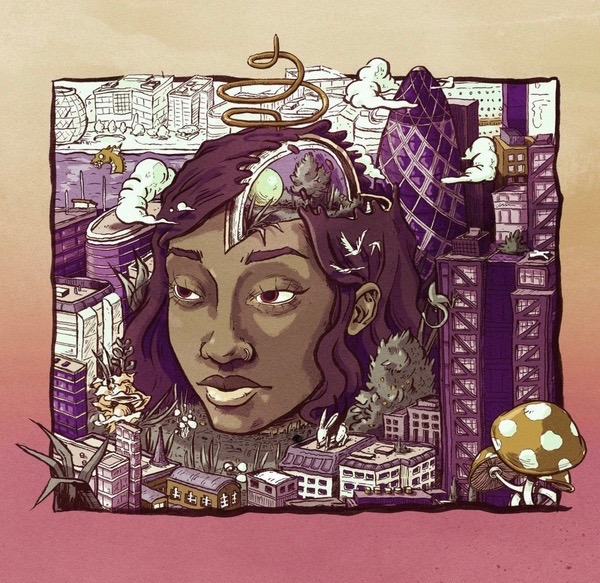 "The Indies" is proud to present one more music video by the talented Little Simz to her song titled Poison Ivy, which is track #12 on her sophomore album titled Stillness In Wonderland. The music video was directed by Jeremy Cole and produced by She with additional production by Loner Muaka.

[Verse 1: Little Simz]
This is toxic I know
We ain't doing ourselves any good
We ain't doing ourselves any favours
We'll forever be I wish we could
I'll forever be misunderstood
This is toxic I know
Cut it off from now, man I should
Tell you that I'm out, man I should
Got me so attached and I hate it
Something on your chest, you should say it
Don't you know there's rules to the game
Better learn the game 'fore you play it

[Pre-Hook: Little Simz]
This is toxic I know
But I'm on the edge, don't push me now
Don't let me down

[Verse 2:Little Simz]
Maybe this is all in my in my head
Now I got your thoughts in my head
Tryna' give you mine though instead
Don't be so indecisive oh he said
Go with the flow and vibe is what he said
Be gentle with my heart is yeah I say
Then we fuss and fight oh we bled
Don't be so insecure, oh he says
I'll be yours for sure, oh he says
Make me a better person I will say
In your eyes all I see is red

[Pre-Hook: Little Simz]
This is toxic I know
But I'm on the edge, don't push me now
But don't let me down 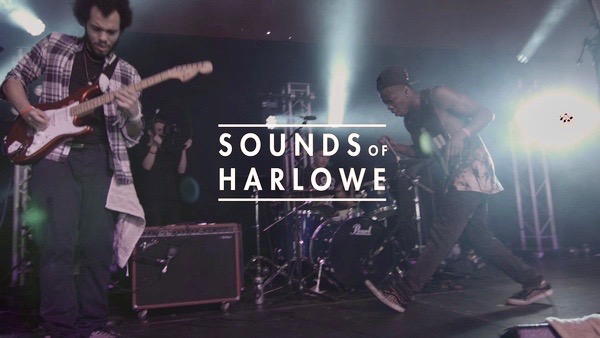 Thank you to a fave featured band on TheIndies.Com, Population:7, for introducing #TheIndies to a tasty indie hip-hop, soul & funk band from their side of the pond in the United Kingdom known as Sounds Of Harlowe.

The-Indies is proud to present the first song from Sounds of Harlowe's debut EP album titled Change Of Disposition, due out in January 2018.

The music was written and recorded by Sounds Of Harlowe with the band giving special thanks to Nino D'Angelo, Stefan Goowdwin and Liam Cooper for extra sounds. The director of photography on the music video was Jack Edwards. The audio was mixed, produced and mastered by Jamie Aubrey and Nathan Evans.

Sounds Of Harlowe - Flow So

The-Indies is proud to once again feature the gifted act known as SHEL, which is an acronym for Sarah, Hannah, Eva and Liza. They are four sisters who as kids had a father who was a working musician. They each picked up their own skills along the way of being around their father and together as a sister group, they are stellar organic and rare.

This song featued in the music video below was initially released almost two years ago, but if you turn it up and capture all the subtle nuance while watching the video, you may too determine that this song and music is destined for a forever classic status. The song is titled You Could Be My Baby from the groups album titled Just Crazy Enough. 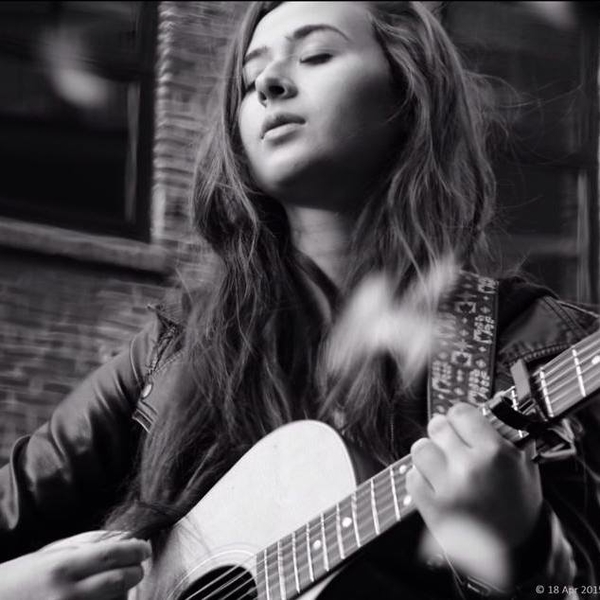 In March 2017, The Indies featured the then 17 year old Delphi Freeman and her well liked music video to her song titled Digital Throwback from her debut album titled Audio Cinema.

As we previously reported, she had been paying her dues busking with her brothers, Luke (Cajon) and James (bass, guitar & production), in the famous San Francisco Bay Area spot known as Ghirardelli Square. They have been working together there since 2014.

We are in anticipation of the release of Delphi's next music video from Audio Cinema for her song titled Going Down which is set to ready at the beginning of December 2017.

In the meantime, please enjoy this earlier video that she made that was not part of her debut album. The song is titled Always Watching.

Just below is the audio only of the video that will be coming out on December 1. The song is titled Going Down.

The photograph at the top of this page was shot by Tony Lee a.k.a fototakersf. Connect direct with Tony Lee at fototaker.net or at Facebook.com/fototaker 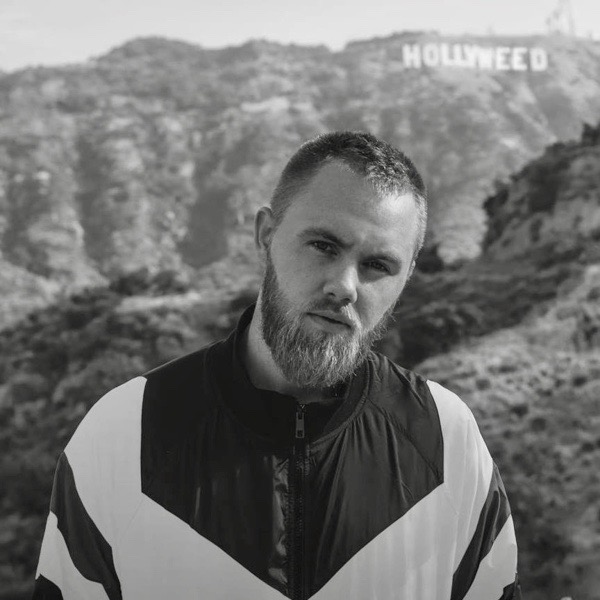 Ernest K. - Trouble With Us 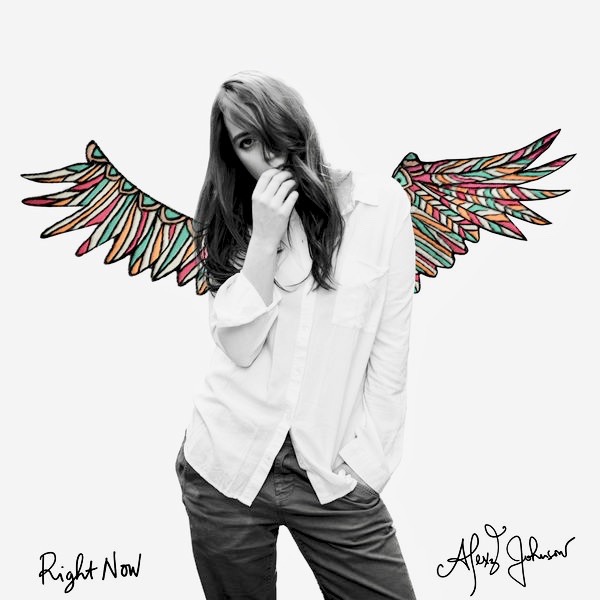 The Indies is proud to present Alexz Johnson on our pages for the third time with her latest music video to her song titled Right Now. 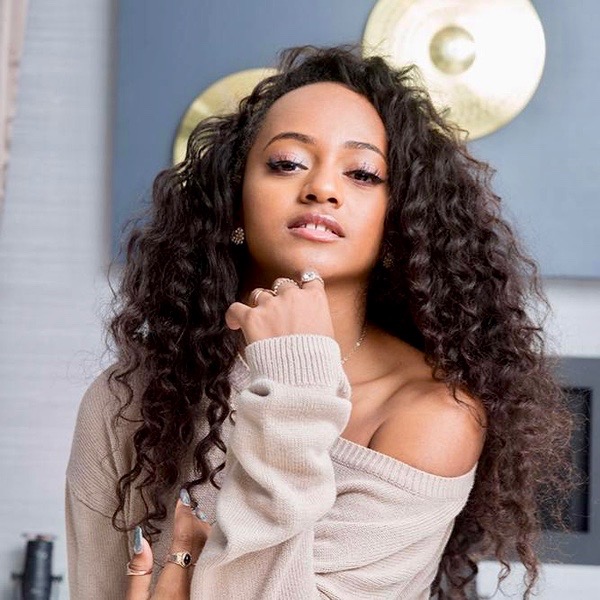 The Indies is proud to present a young recording artist from Atlanta, Georgia, known as CRAVETAY. The music video below is to her song titled Your Smile. 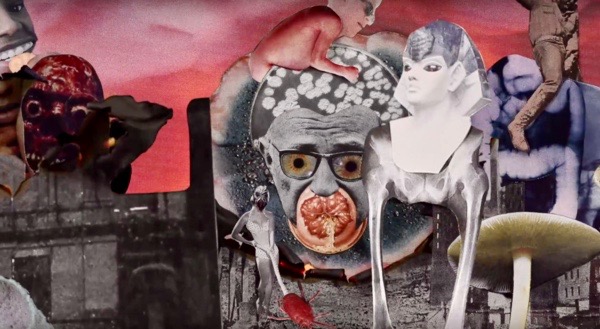 In the beginning of 2017, Brainfeeder Films and Flying Lotus (aka FlyLo), finished and released a full length feature/horror film titled Kuso. The film is a fictional story about a catastrophic earthquake in Los Angeles.

The-Indies is proud to present the music video to one of the soundtrack songs from the Kuso film. The song is titled Post Requisite and was written by Flying Lotus. The video consists of creative collage of puppeteering and animation that was directed by Winston Hacking. 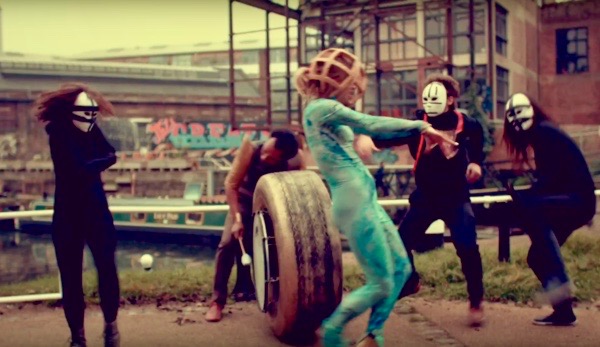 From one of our favorite indie record labels, Six Degrees Records, The Indies is proud to present the unique Nina Miranda and her latest music video to a remix of her song titled The Cage from her debut solo album titled Freedom Of Movement. This remix that the video was shot to is titled The Cage and The Garden (1970 mix).

In her own words, Nina Miranda describes herself:


I am an anglo-brazilian singer and song-writer, artist, designer, artistic collaborator, sometimes film-maker.
I like to make people happy, and to make them laugh, to soothe and to inspire them.
My new album and my first solo album FREEDOM OF MOVEMENT has just come out to great critical acclaim and been received with love and cheers from my friends and peers and people across musical stratospheres and continents; YEY!
I was lead-singer of several successful bands, including; Smoke City, Zeep, Shrift and Arkestra 1 and Da Lata.
I have collaborated with many artists including; Nitin Sawhney, Bebel Gilberto, Baaba Maal, Emma Bunton, Jah Wobble, Moreno Veloso, Kassin and Domenico Lancellotti +2, Nação Zumbi, Treis na Massa, Chico Cesar, Lula Queiroga, Adriana Calcanhotto, Daniel Jobim, Danilo Caymmi, Seu jorge, GillesPeterson, Lucas Santtana, Prince Fatty, Monkey Mayjham, Josiel Konrad, Laurent Voulzy, Populous, and many more.. I like to keep it WORLDWiDE ! maximum love!

She wrote the following to describe the video below which is one of four mixes based on the original song titled The Cage from her album titled Freedom of Movement.


Thank you to all the contributos to making this music and film.
It all started from an epiphany with 'Meatloaf' on the road, singing down to me, kindly from a cloud, when I was feeling shit.
But just look where it lead me, and who it introduced me to along the way, out of piss-puddles soar rainbows!

Hear the original studio version of The Cage here:

Hear the audio of the four mixes to The Cage here: 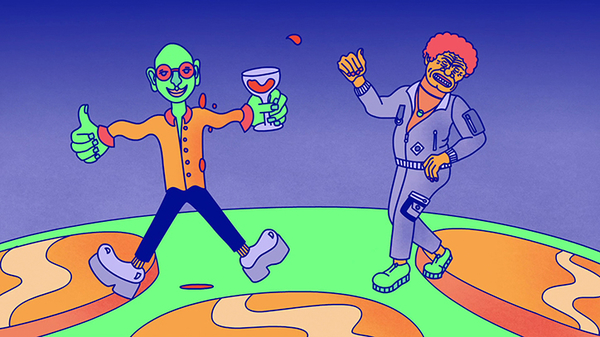 The Indies Network would like to give more tribute to the late great soul singer Charles Bradley with a song he recorded for Mr. Jukes' debut album titled God First. Charles Bradley passed away on September 23, 2017, just months after Mr. Jukes album was released.

Just below is the animated music video to Track #5 titled Grant Green, which is a mix of samples from jazz guitar great Grant Green's recording of the James Brown penned song titled Ain't It Funky Now. Mr. Jukes brought in Charles Bradley to sing atop his mix and the result is awesome and something that both Grant Green and James Brown would love.

This stellar music video and animation was produced by Strange Beast and was directed Anna Ginsburg and Parallel Teeth.

Hear some tasty live performances of Mr. Jukes with a full live band, horn section, background vocalists and more, performing songs from his debut album on The Indies Network's Live Music Television at this link: LiveMusicTelevision.com/2017/11/mr-jukes-live-at-the-church.html

Connect direct with the official legacy website of James Brown at JamesBrown.Com

Unfortunately, Grant Green died before the advent of the Internet as we know it and there are no official websites for Grant Green, except for a page at Blue Note Records, here: BlueNote.com/artists/grant-green