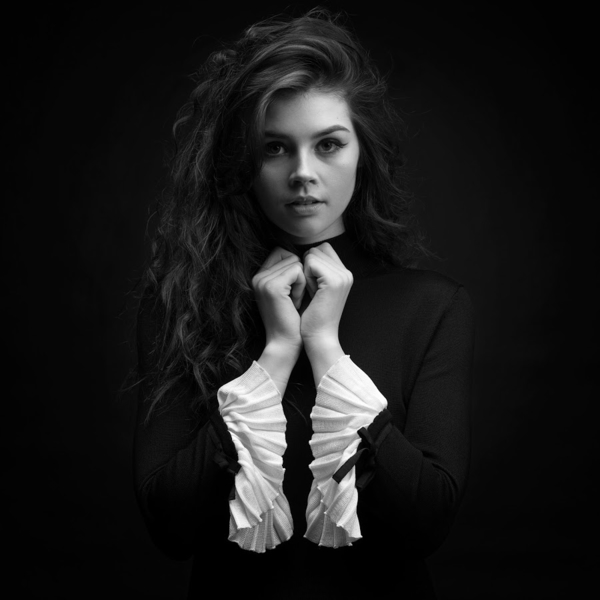 The Indies is proud to present, Elise Trouw, a inspired emerging 18 year old drummer who has a lovely voice, with additional skills as an arranger, one girl band as a looper, multi-instrumentalist and technical/gear geek who proudly to offers up lists of what electronics and gear she used to make her recordings.

Nonchalant or laid back best describes her style. Her music is never rushed and maintains a certain stillness to it, such as in her most recent viral music video of a mashup of a FooFighters song titled Everlong meets Bobby Caldwell's song titled What You Won't Do, (listen/view here at TheQuietStorm.Com). That smooth groove mashup recording she made may just be what landed her debut network television appearance and two song performance on ABC-TV's Jimmy Kimmel Live on January 30th, 2018.

Outside of the viral cover song mashup referenced above, she is a very good original songwriter who musters up talented people to help her make well done audio recordings, music videos and filmed live performances.

The two videos featured below are different versions of the same song titled Awake. Awake is track #10 on her independent debut album titled Unraveling.

It is a tossup between which version is The-Indies favorite, so a flip of a quarter picked the minimalist piano/voice version first and the studio version of Awake and it's conceptual music video next. Enjoy!

Hear more of Elise Trouw featured on our network at the following links:

Photography Credit
Thank you to Kevin and Rebecca Joelson of The Joelsons for permission to feature the Black & White photo they shot of Elise Trouw at the top of this post. Connect direct with The Joelsons at TheJoelsons.Com, Facebook.com/thejoelsons, Instagram.com/thejoelsons and Twitter.Com/TheJoelsons
The stylist for the above photo was Julia Reeser - Connect direct at JuliaReeser.Com and Instagram.com/birdlands
The hair and makup artist for the above photo was Victoria McGrath of VIXAVAGE. Connect direct at Vixavage.com, Facebook.com/vixavage and Instagram.com/vixavagemakeupartistry