A great emerging songwriter/recording artist from the Gold Coast of Australia is JaC Stone.

JaC introduced her facebook friends to her friend Jarrah and this is her no frills video. 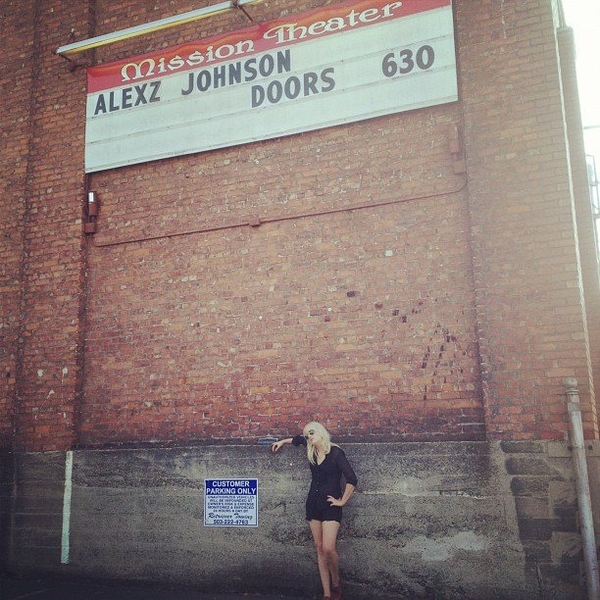 Came across a great indie artist story on Hypebot.Com this morning. The artist is Alexz Johnson who has a great work ethic and some well crafted songs. The story on Hypebot illustrates the struggle that most aspiring recording artists wish they could go through. Alexz had managed to gain two different major label record deals, but ultimately they went nowhere. And that story is more common than not. Instead of become jaded and dropping out, she has kept at it. Rarely are artists able to keep their eye on the ball and stay in the game long enough to get any traction. Alexz Johnson is one of those rare artists who understands the mantra that persistence and determination alone can be omnipotent. Fortunately for Alexz Johnson, her music is solid and she has developed enough of a fan base to raise money to record and tour BEFORE she records and hits the road to tour. Besides just being a recording artist, she is like those in that ultimate entrepreneur class of business people who understand the idea that it is always best to get the order before buying the supplies. Alexz Johnson appears to be an artist and business woman worth keeping an eye on.

Alexz Johnson - Trip Around The World

Alexz Johnson - Look At Those Eyes

Here is a super duper tasty house track with some groovin' soul. Producers Artful & Ridney teamed up with vocalist Terri Walker to deliver the track that feels like a club hit titled “Missing You. Enjoy!

Buy it at iTunes: https://itunes.apple.com/us/album/missing-you-feat.-terri-walker/id604546822


Connect direct with Terri Walker at https://www.facebook.com/pages/Terri-Walker/116315668409368 or at theterriwalker.blogspot.com8

Connect with Artful at Facebook.com/TheArtfulMark

Stella Blackrose is one of those names like Led Zeppelin or Jethro Tull, for there is no person known as Stella Blackrose, just a solidly badass band. From Denmark, the group is fronted by a powerful lead vocalist named Rebecca Lou Armstrong.

I first wrote about the band several years back when they had self recorded some excellent raw tracks in their rehearsal studio with something like two mics. I loved those tracks very much because the pure intensity shined through the basic recordings in a way that I just knew this band has some powerful mojo.

The band searched for and found a producer, but in my opinion, ended up with some over produced tracks that lost that edge compared to when they were making recordings on their own. Oh well, it's happened to the best of 'em.

The songs and music videos below are fantastic, but happen to be part of the overly produced/slick batch of recordings referenced above. My gut is it would be great if the band re-released their basement tapes and strove to make other more raw recordings like them. The pure raw intensity of the group shined bright on those early self made demos. The band has that killer sound live. Bottled lighting! A real rock band!

These next three tracks below are all from a more recent Stella Blackrose album titled Death & Forever.

*Update on Stella Blackrose - As of 2017, the band has gone separate directions and their former website is inactive. However, Rebecca Lou Armstrong is working on some solo material and The Indies has her featured at http://www.theindies.com/2017/03/rebecca-lou-no-surrender.html

This post was originally created on March 1, 2013, with subsequent edits and updates by The Indies Network at TheIndiesNetworkCom, Facebook.Com/TheIndiesNetwork and Twitter.Com/indies