Nneka (Live at the Rototom Sunsplash) 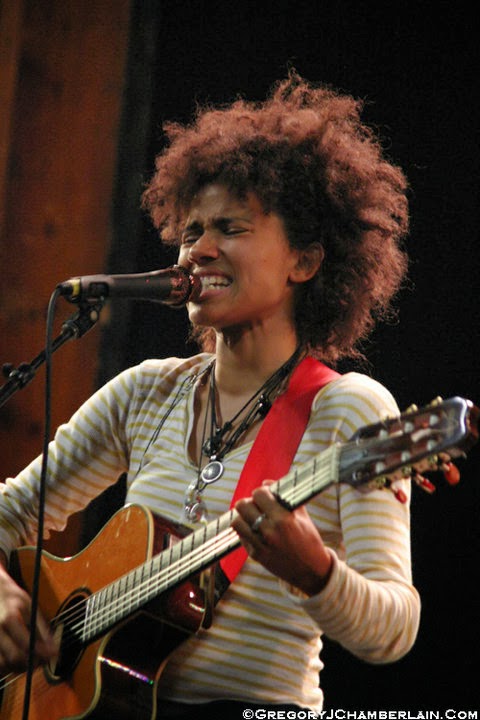 For those unfamiliar with Nneka, she is a serious political anti corruption activist minded artist of substance. Those who cherish and seek this sort of substance will love Nneka. Her songs often sound like personal love songs at first listen, only for the listener to get sucked into deeper messages with heavy stories of corrupt leaders, pillaged countries, stolen dreams and the desperate lives of real people in real places.

The full concert film below is of Nneka's performance at the The Rototom Sunsplash, shot in August 2013 during the 20th anniversary for the festival. Rototom Sunsplash takes place in Spain on the coast of the Mediterranean Sea in the resort town of Benicàssim, a NY walk from Castellón.

The entire concert is excellent, but a favorite start off point for return viewers is at the 22 minute point when she performs her song titled Do You Love Me Now, followed up by songs where the band grooves hard for the remaining 30+ minutes.

Nneka (Live at the Rototom Sunsplash 2013)